Today's guest is my special friend, hardcore perfumisto and extremely talented writer Andrew Rayment (aka *anydray* on Fragrantica and *only_me* on Basenotes). One of the most inspiring, refreshing and uplifting individuals I met in the fragrance-sphere. I hope you'll enjoy his writing as much as I do.

I have always been fascinated by a small area of beach that stretches between a featureless, man-made promontory perpendicular to the coastline, towards the almost militarily, bunker-like, concrete walled curvature that forms the west-facing arm of Brighton’s Marina. Apart from the occasional presence of a few dedicated sea anglers, this appears a mostly uninhabited and redundant area, providing a natural dumping ground as prevailing south-westerly winds wash-up tons of stinky seaweed together with all manner of sea-born detritus on to this pebbled area, the un-trodden borders of which hosting an abundant display of visually unspectacular though nevertheless indubitably hardy beach plants. This is in stark contrast to the typically very busy coastline that extends further west towards and beyond the famous Palace Pier, and where the ‘clean’ pebbled beach provides much enjoyment for walkers, bathers, and water-sports enthusiasts depending, of course, on the time of year and weather conditions.

Occasionally, here, I have heard the characteristic ‘poo-eep’ call of a pair of ringed plovers that I assume nest nearby in this rather untamed area and, on occasion, I have espied these beautiful birds, in-flight, and then scurrying along the pebbles, only to disappear when they pause, adroitly blending-in to the shingle by way of their natural camouflage.

Wildlife aside, however, the seduction of this stretch of beach is perhaps, I admit, due the implicit tug of deep literary influence as this space offers a paradigm Ballardian landscape, my limbic area and cortex already hard-wired in anticipation of a disquieting light aircraft buzzing across the sky, or, in making the acquaintance of ‘Vaughn’ or ‘Travis’, the archetypal solitary Ballardian protagonist who has made refuse in this secluded place whilst ruminating on his future role as ‘leader’ in an eco-disaster dystopia.

To cement this vision further, behind the Marina’s fortress-like walls lies the almost surreal 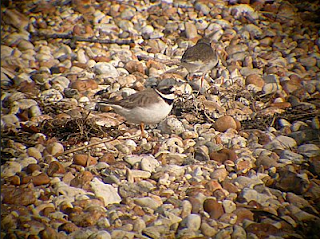 juxtaposition of expensive yachts and boats moored alongside a higgledy-piggledy assembly of somewhat tawdry 1980s, quasi submerged, buildings including: a large multiplex cinema and huge ‘Asda’ supermarket, both with their shared, gloomy, shadowy, hollow car park, together with a flashy casino, bowling alley, the gym I attend, and a parade of shops, hotels and restaurants, some of which are adorned with ‘stars and stripes’ signs and chevrons presumably to create the appeal of something ‘more American’ for visitors to this small English nautical park of sorts.

Anyway, as with many of my posts, I digress, and Ballardian notions notwithstanding, there is nevertheless something wonderfully bracing and uplifting in being near the beach, here, with all its myriad smells and all its possibilities and, today, when the air is chilled and hats and scarves are required, wearing ‘Terralba’ becomes an absolute delight. 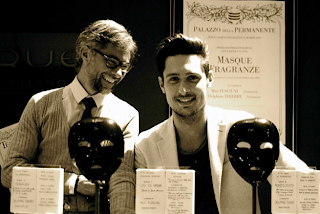 'Terralba' inhabits the olfactory realms of Heeley’s distinct, ‘neo-aquatic’, ‘Sel Marin’ and Lyn Harris’s majestic achievement, ‘Fleurs de Sel’, as it shares distinct similarities in expression in terms of saline evolution. It is, moreover, almost how I would have liked Creed’s disappointing ‘Erofla’ to unfold as ‘Terralba’ has a gorgeously abundant and utterly uplifting citrus opening that tempers its underlying and emerging saltier ‘marine’ themes, arguably avoiding the fate associated with those abrasive, synthetic, 90s aquatic chords that possess the capacity to insult those neurons passing through one’s cribriform plate.

Indeed, as with Masque’s delectable, earthy, ‘Montecristo’, there’s something exquisitely sophisticated about this perfume as the Nose, Delphine Thierry, has seasoned the composition to perfection, never over-applying any ingredient and allowing the woody, herbal, and subtle resinous notes to develop aromatically, gently, softly, naturally, and with a sense of warmth that, interestingly, assumes an alluring soft leather expression on my skin.

This is an exceptional, beautifully composed perfume with fine longevity and, given its magnificent bottle, the explicitly, riveting cap, and beautiful ‘hat-box’, IMHO, ‘Terralba’ is one of THE perfumes of 2013 and, if you enjoy the salty artistry of the respective Miller Harris and Heeley perfumes, then I highly recommend that you try this.