With an aesthetic that's never too rough but it ain't overly polished either. italian *artisanal* line Angela Ciampagna, is currently standing out amongst the plethora of unnecessary brands for having a solid concept, simple and striking packagings, extremely good fragrances and, most of all, for being nice people…  A rural vibe that's quintessentially Italian. An intelligent mixture of sacred and profane, of paganism and religion. The best part though, is how these people are bringing the *artisanal* word back to its original meaning: *actual quality* and *craftsmanship* as opposed to *rough unfinished fragrances* or *massified products*.

Now, forget the usual *apothecary* vibe of several indie lines, forget *wierd* fragrances being weird just for the sake of standing out or for the lack of skills by the perfumer and get ready to discover a plain solid, beautiful range of fragrances that's claiming its place amongst the best discoveries of 2015.

From their official presentation:

"We are proud people, artisans by nature and nobles by heritage. We are of christian upbringing and of pagan ancestry. We worship the fire of the sacred heart and that of the hearths and bonfires; we live among prayers, rural rituals, monastic mysticism and familiar superstitions." 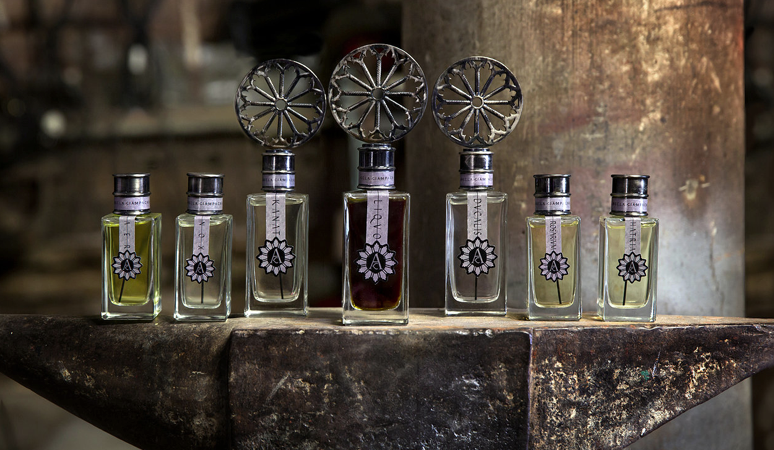 Rosarium is probably my favorite release in this utterly compelling range. A smooth and highly comforting take on liturgical incense. There's something very familiar about this fragrance and yet, somehow, while bringing to mind of other similarly themed fragrances, there's still something incredibly unique about it.

The incense is clean, waxy, white and with a crystal quality. It feels fragile in its beauty but never ephemeral. There's a sense of detachment that pervades Rosarium throughout its evolution but it's juxtaposed to something warm and comforting. In this context, it reminded me of L'Orpheline by Serge Lutens. Mind me though, the two are pretty different in smell but they share the same fragrance profile. Several shades of gray (I promise less than fifty) with a lilac dye thrown in the palette. They're both aloof and affable at the same time but while the Lutens feels somewhat like a Comme Des Garcons wannabe, the Ciampagna takes the rural / rustic route. There's the violet-incense combo of Maria Candida Gentile's Exultat, something to enhance the general grayness probably provided by the iris-cedarwood duo (Carthusia 1681) while the waxy incense give a remarkable sense of cleanliness.

The drydown is all about a super warm and enveloping vanillic-woody-incense base with vetiver keeping the general powderyness / sweetness perfectly in check. Cedarwood is never overdone so that the fragrance can keep a well rounded structure from top to bottom. As most others *Ciampagnas*, Rosarium is incredibly easy to like while being slightly twisted to preserve its subtle but very defined identity. Fantastic presence and extraordinary longevity.

Well refined, easy to wear and completely addictive. A winner. 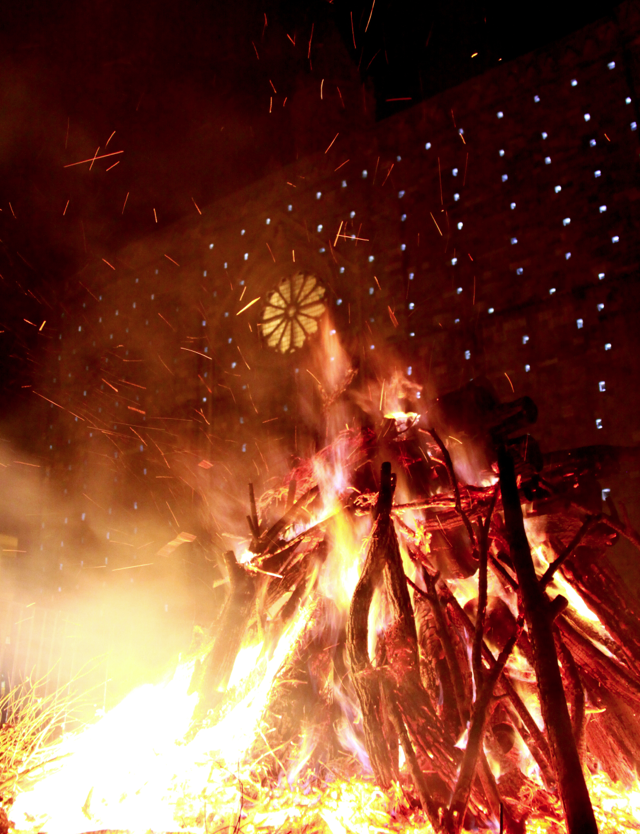 A good way to realize a fragrance is exceptionally good is when it involves a good amount of notes you're generally not very keen to, and it's still able to completely catch your interest. This is Hatria for me. I'm definitely not a rose-oud combo fan but this composition is so serious that's basically impossible to overlook.

So, it's a saffrony-rose on top. Very arabic in feel, thick, dark and kind of unpolished and yet completely devoided of the challenging aspect that certain similarly themed fragrances can often show. It's a butch, rich opening but it's immediately joined by a hint of burnt-caramel that tames it a bit while providing some roundness and, paradoxically, even more body. A woody base remarks its presence right away with a leathery-oudy bone-structure and vetiver facets (probably the nagarmotha). It's far removed from the usual dry-woody stuff we're used to when it comes to westerner iterations of oud. The fragrance feels deep and dark yet somewhat smooth, airy and weightless while maintaining a certain thickness throughout. It's bold but not heavy-handed, with an insane lasting-power while being completely able to not result exhausting.

So classy and masterfully executed to have absolutely nothing to envy to the biggest *hits* in its genre. Seriously, very solid stuff.

What really compels me about most of the fragrances in the Ciampagna's range, is the level of competence these people transmit. Aer makes no exception.

A summery take on vetiver loaded with  hyper-realistic and never overly synth citruses (a great grapefruit note here), greens and subtle smoky notes. Think about an hypothetical mash up between Roucel's Kenzoair (the anisic, slightly sweet aspect of the vetiver), the smoky-minty facets of Harmatan Noir by Parfumerie Generale and the transparency of some of the most successful latest Hermes. Yes, Aer is all of the above but it also has that subtle twist that makes all the compositions by Angela Ciampagna, something that stand on their own. That certain twist you would expect from, say, Etat Libre D'Orange or even from one of the *easiest* Comme Des Garcons. 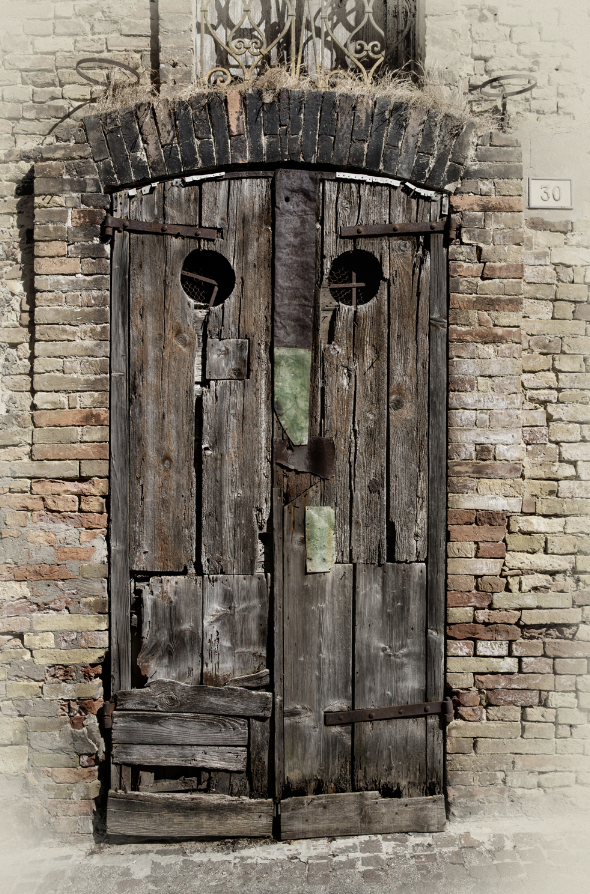 Here's another (big) hit. Definitely on the darker side of the spectrum if compared to other deliveries from the same house, Liquo is a vibrating mix of dark salty licorice, anise and hay. Something that immediately made me think about artisanal italian licorice-based liquors / amari. The hay note is remarkable from the very early stages but it gets more dominant as the fragrance evolves towards the drydown during which it's joined by a moderately sweet and dry woody-tonka base with incensey undertones. Moody and kind of blue too but comfortingly so.

Again, the rustic and the modern paired together, a rural villa renovated with modern finishings, it's the goth represented in full colors as opposed to just black, it's a fragrance aimed at smelling good and modern by skipping relying on *weird* notes and / or aromachemicals. As with most others Ciampagnas, fantastic presence and great longevity.

Another aspect that's immediately noticeable while exploring this line, it's its diversity. Ciampagna's offerings cover several themes in perfumery and all of them with a very personal quote and style. Nox is what I would probably describe as a woody aromatic that relies on an original mix of notes.

There's the hinoki's kind of cypress / dark green quality as the main player and it's paired to an ozonic mix of genderless white florals, other astringent / pungent green notes and a remarkable salty vibe (which is present in several other fragrances from this house). Other smooth woods and clean musky notes serve as a base. The overall result is pretty original and charming if not a tad *bizarre*. A light / transparent woody thing with a remarkably modern twist. Could easily be an hypothetical love child between an Hermessence and a Comme Des Garcons but with that certain italian / mediterranean je ne sais quoi which is typical of this firm.

Nice but not amongst my favorites. 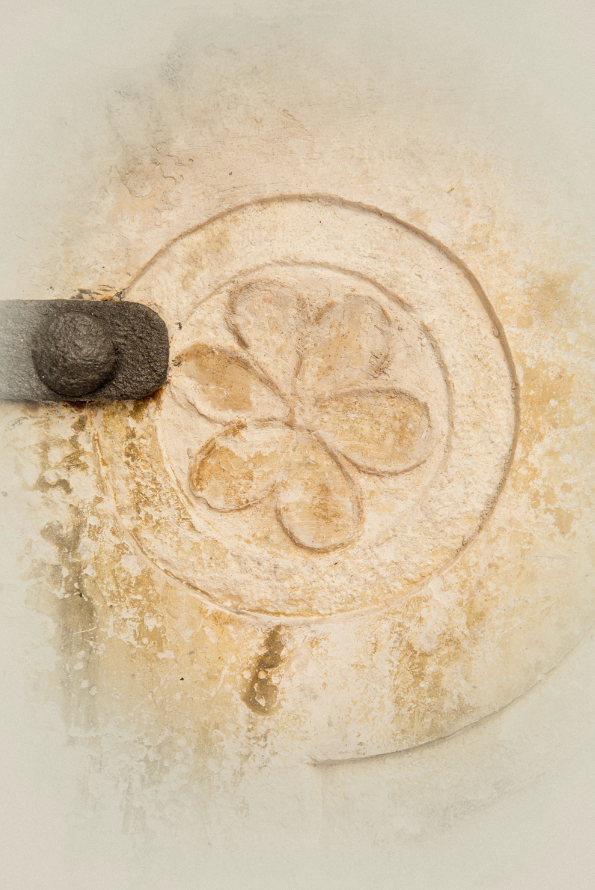 Ducalis is the typical iteration of oud westerner style that relies on sharp dry woods and spices. Think about a slightly less aggressive Montale and you're there. Cedarwood, synth-mysky-leather, norlimbanol (or any other similar woodyamber) *adorned* by subtle florals such as a rosy pattern and maybe some geranium and with an overall aquatic vibe. If you like Montale's style or certain Nasomattos, you might dig this one but for me, Ducalis is way too late to the party.

Probably my least favorite in this otherwise fantastic range.

Kanat is quite a nostalgic fragrance in my personal experience. I'm probably completely off here but upon application, I can't help it from being immediately teleported to when I was a kid in school and, more precisely, the smell of Coccoina. A kid-safe and extremely popular italian glue which had a fantastic and quite unmistakeable almondy smell. Now, given the notes disclosed, the only thing that could make me remotely think of almonds is probably acacia but it might still be kind of a stretch. Anyway, Coccoina and those days spent cutting images from magazines for doing collages. The warmth of mid-may sun, long days of light and a sense trepidation for the incoming vacations.

Kanat is all of that for me. It's an evocation of my childhood.

Beside Coccoina, I smell smooth florals, a hint of medicinal saffron and a soft white musky / vanillic base. Not a fragrance I'm crazy for but if you're drawn to light florals with a twist, give this a chance.

As with most other fragrances in this line, Kanat never feels cheap or even rushed and it's pretty original too without going necessarily for the weird route.