An Interview with Josh Lobb of Slumberhouse by Alfarom 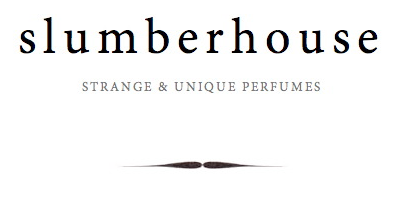 The link between fragrance, art, film and music is clearly stated in your "manifesto". What makes it so important for you?

I'm inspired by anything moody and deep. I'm drawn toward rich, dark, textural art and find that it affects my approach not only to creating fragrances but to living my life in general. Personally speaking, it's important that I recognize the subtle things in life that have a notable influence on how I think. Being in the appropriate mindset is crucial to the act of creation and it extends beyond what most people would consider traditional art. Decay is a theme I've always been inspired by, castles that crumble or the end of youth. Anything that symbolizes something outside of human control and reminds me of the temporal nature of existence I find mesmerizing, and it is there where my thoughts are most colorful.

Your range of fragrances seems to be continually morphing. Different batches/formulas, fragrances discontinued and other fragrances re-introduced not to talk about different bottles. What's behind that? 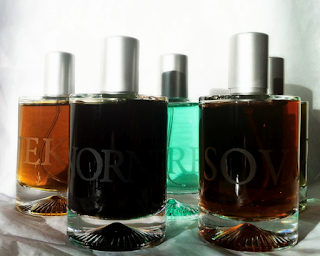 I don't have much interest in functioning as an assembly line. My creative process behind each fragrance is perpetually incubating. With each passing minute, hour, and day my abilities and awareness as a perfumer become further refined, and what I may have once perceived as a portrait of perfection will almost certainly, with time and familiarity, reveal itself to have cracks, unfinished corners and blank spots. The more intimate you become with something the more likely you are to observe those little imperfections and when I see an imperfection I instinctually aim to correct it as I have no interest in adhering to a formula I know I could improve upon. I've always loved the idea of art being an evolving work, even if the concept is foreign to the perfume industry. Each time I create a new cask of an existing perfume I give it much though. I pause, I audit myself, I get a sense of where I'm at. I remind myself of what I was feeling when I was inspired to first make the scent, I look at old notes and I go over earlier formulas and allow whats inside to manifest as accurately as possible in the perfume, regardless of what it takes to do so. Anything less is a waste of my time and I'd quickly become bored.

As for the constant changing of bottles and packaging, I've never really been too focused on the physical element. You hold the bottle for 5 seconds but you wear the fragrance all day, so I focus on the things I find truly substantive. One of the realities of being an independent perfumer is you are at the whim of your suppliers, and if your supplier stops carrying your bottle then you accept it and move on. Fortunately my primary investment is on the fragrances and not the physical appearance so while many expect some semblance of uniformity from perfume companies, it's a concept I lack interest in. I hold an annual sale the weekend of Thanksgiving and that time will also see the introduction of new and permanent bottles, all etched the way Pear + Olive are done. This will be the bottle and style that will be around for many years so perhaps the revolving door of bottles has come to an end for now.

Slumberhouse "Strange and Unique perfumes". Your brand is very "different". What makes it so special and so distant from most of other niche lines?

I don't know really. It's not a concerted effort to be different, I just do what feels right. I tend to ignore fads, trade shows and all the usual things that suck companies in and get them to play the game. I've never seen the appeal in allowing opportunism and conformity to impose on my creativity. I'm confident in my ideas and find a bit of solace in things that people might deem strange or unorthodox.

Pear + Olive has outsold everything else. I'm very proud of that one, not only how it turned out but the process of creating it, the isolation, where my mind was at during the process. It opened my eyes to how I should approach making fragrances. The level of focus you need to make a good perfume is impossible to explain, and the process of making Pear + Olive involved a very intense kind of immersion into my head, nothing but myself and my thoughts and a total disregard for anything outside of what was happening inside my mind. 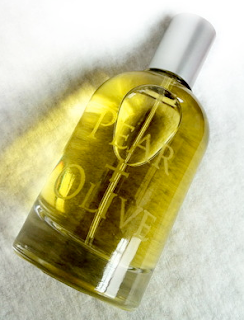 When it comes to perfumery, what's your background? Why and when you decided to start your own line?

I had zero background, and in retrospect I think that was the biggest advantage of all. I never wore fragrances in my life, I actually couldn't stand them. Things started out as a relatively unserious foray into creating unusual scents just to keep in jars, almost like a form of aromatherapy, but because the scents I wanted weren't readily available -- or so I thought -- I figured I'd try to make them myself. I wanted really moody and mysterious scents like smoke, forests, leather, seashells, things like that. Many of these themes are realized in fragrances I've since made.

Because I had a lack of knowledge or interest in perfume proper, my initial few years of learning fragrance weren't impeded or polluted with aspirations to compete with a list of fragrances I already loved. I didn't have any comparisons to beat myself up over. As far as I knew I was the only person on the planet who ever tried to make a scent that smelled like autumn smoke, and with that came an inspired sense of liberation. In a way, my ignorance facilitated my inspiration.

If memory serves me well, you have a love affair with clove. What are the notes/ingredients that you use the most?

Naturals have a lot more personality than synthetics so it's wise for me to be mindful of refraining from overusing particular ones across a variety of scents. I use things like eugenyl, cedryl, guaiyl, vetiveryl and amber acetates quite a bit as well as Iso E Super, Amberwood Forte, Kephalis and natural fixatives like amyris and muhuhu. Anything dark is going to work with my palette. On the other hand, I can't stand citrus notes and for the most part I tend to avoid musks.

Your fragrances smell incredibly novel and are rapidly gaining a spot among the most discussed compositions in the fragrancesphere. Where do you take your inspirations and what's the concept behind your brand? There is zero concept at all. I really want that to be understood. I'm offering no pretty backstory, no promise of luxury, no guarantee of appeal. My job, for lack of better term, is to be honest with myself through the act of creation. Once the bottle is shipped out, the concept of discovery is entirely in the hands of the person receiving it so that their own memories and understanding can be imparted from the fragrance. Everyone, especially those who appreciate the more eclectic realm of scent, is fully aware of their own nostalgia and their attachments with fragrance. They are intelligent and aware humans and I hope they would be insulted were I to begin telling them how they should perceive art. If they are ordering from a house like Slumberhouse they don't need to be spoonfed some silly adcopy about my travels to Bulgaria or my inspirations from some cliche eastern spice route, and they certainly don't need me to tell them how a scent should make them feel. I am best served when I respect the intelligence of my audience.

Do you smell other perfumer's compositions? If so, what do you like?

Absolutely. I spend so much time on my own fragrances that I take any opportunity I can to wear other people's fragrances when I head out the door. As Slumberhouse has grown the number of people who get in touch and start conversations with me has led to many recommendations of other scents people think I'd like and people sending me samples. It's great now to finally be able to peek into the world of other perfume houses. M by Puredistance is probably my favorite fragrance to wear. I really like El Attarine by Serge Lutens and summertime is Christopher Brosius season, I find his water perfumes addictive. Mona di Orio and O'driu both appeal to the aesthete in me.

Your approach to perfumery is very similar to the DIY attitude of most of the early/mid 90s indie record labels. What do you share with that scene?

Complete freedom and independence. I navigate the process from the moment an ingredient inspires me or a thought compels me until the perfume is complete. I don't have to get anyone's approval other than my own. Lots of perfumers have to answer to some moneyed up company with zero creative vision, which isn't much different than when a major label signs an indie artist then brings in a team of producers to change their sound. When profit is the prize, art will always suffer - and niche is the new mainstream for sure.

If you were supposed to do a bespoke fragrance for a musician, who would it be and how the fragrance would smell like?

I'd love to do either a palm, coconut, Tahitian vanilla and tobacco flower perfume for Lauryn Hill or a buckshot, blunt and Dom Perignon perfume for Die Antwoord.

What we should never expect from Slumberhouse?

Anything less than my all. I'm a firm believer in the idea that if you're not gonna come correct, don't even bother.

I'm curious to know myself. I tend to live in the moment and rarely look ahead. This has served me well and hopefully continues to do so. Sometimes I'll tackle four fragrances in a single month, and sometimes I'll go half a year with complete 'perfumer's block'. It's precisely why I don't adhere to any kind of release schedule. I'm at the mercy of my neuroticism.

What are your plans regarding the distribution of your fragrances? Will they will be available in outside of US?

I'm hopeful that after the new year I'll spend some time and attention on the logistics of arrangements with international stockists. In the meantime, anyone who wants to order should feel free to send an email or contact Sundhaft in Germany.

This article originally appeared on Basenotes
Posted By: alfarom at 2:39 AM