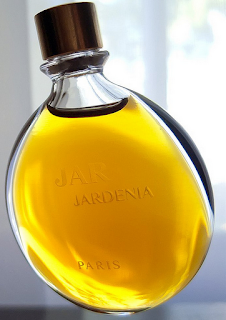 Anyone who has experienced JAR (both the fragrances and the store), knows what I'm talking about. JAR is not a perfume shop, it's a secret club. Their compositions are far beyond being just fragrances, they're more like the car crashes in Ballard's Crash. Perversely fascinating, kinda morbid and definitely out of this world.

Jardenia is one of those fragrances that, unless you want to be called names, you can't say you don't like it. Well, I actually can't say that I completely like it.

The opening accord is absolutely stunning in its simple complexity. A huge indolic gardenia note of immense beauty strikes as a pyrotechnical effect. It initially kisses you then shakes your head to finally leave you speechless for its unquestionable charme. Almost an hologram in it's vibrant/vivid reproduction of the real flower. The opening phase endures for almost one hour to then introduce a mushroom note that smells a whole lot like "funghi porcini".  Yes, fresh cut funghi porcini. The fragrance still works and morphes into a challenging phase that's typical of many other deliveries from the house. At the three hours mark, the gardenia slightly recedes while the mushroom note slowly takes over to the point of becoming absolutely dominating for the rest of the fragrance' evolution. After ten plus hours it gets definitely exasperating and, at least to me, nausea inducing. Scrub time. 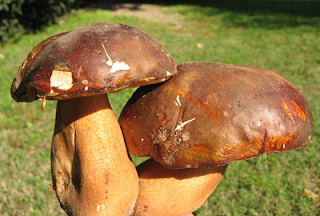 Ok, Jardenia definitely makes a strong impression and it's one of those fragrances that you encounter every once in 100 years but I would wear it? No. This stuff is not for me but, if you like unique fragrances, this is something to surely check out.

In the end, I loved the opening and detested the drydown.

One more point: I strongly believe that in this specific case the "exclusivity aurea" of the brand plays a particularly relevant part. I'd be genuinely curious to play the blind game with Jardenia and see if most of the people who love this fragrance, would have the same impressions if they smelled this stuff blind. Don't get me wrong, the quality is there, that's unquestionable but I'd really love to know other's people reactions to a blind test...